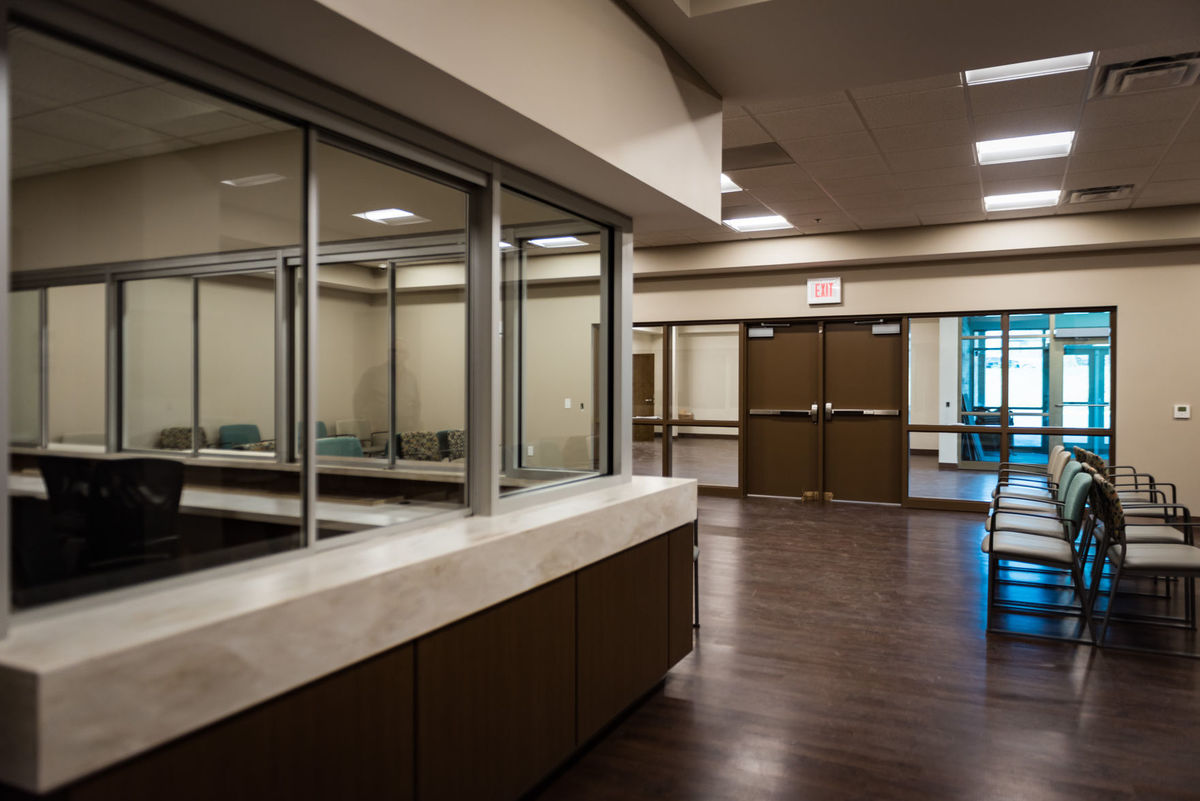 Behavioral health services are set to debut at a dedicated 24/7 crisis- and urgent-care center in east Winston-Salem.

The Cardinal Wellness Center is scheduled to open by early April. It will feature community educational initiatives and support, as well as work space.

DayMark Recovery Services’ emergency clinic will shift the weekend of April 23 from the county Behavioral Health Plaza to the Highland center.

The services represent the first fruits of a multi-year project for the 43,000-square-foot building at 650 Highland Ave.

The facility will be staffed by nurses and peer specialists and open to the public for all urgent-care needs.

The idea for the center surfaced in April 2014 with CenterPoint Human Services considering a $2.6 million crisis center project off Ivy Avenue to serve residents of Forsyth, Davie, Rockingham and Stokes counties.

In June 2015, Forsyth County commissioners approved a 40-year lease with CenterPoint to establish the center at the Highland site. Cardinal took over the lease when it acquired CenterPoint in July 2016.

Forsyth is required to provide $4.03 million annually to behavioral health oversight services. There are about 80,000 eligible Medicaid recipients in Forsyth for mental health, substance abuse and developmental disability services.

The move will enable DayMark’s clinic to expand beyond 8 a.m. to 5 p.m. weekdays. That clinic helped nearly 2,300 individuals since July, said Billy West, DayMark’s director. DayMark provides a variety of mental health and substance abuse services in Forsyth and several other counties.

West said some people think the Highland center will be a brand-new facility “and we never see emergency patients (at the plaza) when, in fact, we see a lot of patients.”

“The existing clinic diverted 33 percent of our patients daily that would have normally gone to the emergency room if they had not been seen by someone.

“When this new behavioral health urgent care opens, we should be able to have a much larger impact,” West said.
Easing overcrowding

The primary goal is to help ease overcrowding in hospital emergency rooms by diverting individuals experiencing a mental health and/or substance abuse crisis to the Highland center.

The center would allow law-enforcement authorities to safely hand off individuals in crisis rather than be required — as by law — to stay with them until they receive an initial examination. The plan is to rotate local police officers in shifts.

The center initially was scheduled to open in February as a 24-hour facility offering 16 beds for inpatient and residential psychiatric care.

It was announced June 25 that the Highland center would shift toward assisting people for less than a day. The center will provide 12 chairs, with patients typically being treated over an eight-hour period.

Cardinal spokeswoman Ashley Conger said the center is being converted to a 23-hour care center “to ensure that the individual is quickly referred to the most clinically appropriate and timely services and supports.”

For involuntary commitments, most will be sent to a crisis center typically within 10 to 23 hours if needed, West said. If hospitalization for physical needs is necessary, they will be sent to one of the four main Triad hospitals, Old Vineyard Behavioral Health Services or a state facility.

West said the decision to convert to a 23-hour urgent-care center for behavioral health “is fiscally sound and will treat a ton of people more than” what was originally planned.
County-owned property

Forsyth commissioners recently decided they want the county not Cardinal to own the Highland building.

“Commissioners are committed to managing the facility well and for the betterment of behavioral health needs of the community,” Forsyth manager Dudley Watts said.

Conger said the MCO’s board of directors will receive at this weekend’s meeting an update on the center, as well as potentially vote on the commissioners’ proposal.

“We are interested in pursuing this option with the explicit understanding that the purpose, function and mission of the facility will not change in any way,” Cardinal said in a statement. “This does not change our ongoing commitment to or involvement with the center, or how it will serve members of the Triad community.”

Laurie Coker, president of advocacy group NC CANSO and a former CenterPoint board member, said she believes having the county own the facility is a prudent move.

“We still have legislators who adamantly proclaim that it is not certain that the MCOs will continue to assist with managed care in North Carolina beyond the next three years,” Coker said.

The current plan would have the MCOs provide services for up to three statewide groups and up to 10 regional provider-led entities as part of the state’s Medicaid reform initiative.

The ownership change “ensures that the building is public and local,” Coker said.

“This, to me, is very reasonable as much as our mental health system changes.”