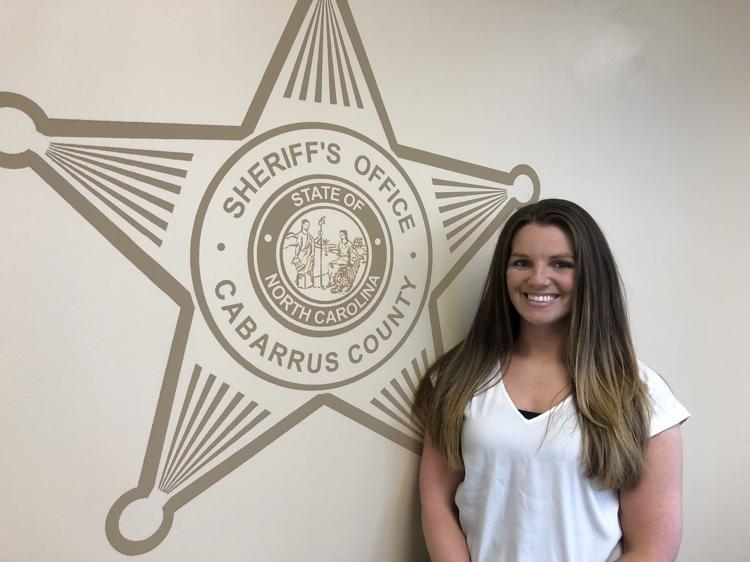 All across the country, those who struggle from mental health and drug addictions fill jail cells and detention centers, addressing a symptom rather than the root cause of the problem.

Cabarrus County has joined a national initiative to reverse the trend. Stepping Up, which the county implemented at the detention center in January, seeks to meet those convicted or accused of crimes where they’re at, connecting them with resources for treatment and recovery.

“It’s a national initiative to decrease individuals in detention facilities that may have meant health issues or substance abuse issues,” Cabarrus County Stepping Up coordinator Tasha McLean said. “So it’s to decrease those numbers that maybe sometimes don’t necessarily need to be incarcerated. Maybe they just need some type of out-patient or in-patient treatment.”

McLean, who is employed by Daymark Recovery Services and contracted through the county, works directly with inmates as a connector to treatment if needed. When people are arrested and taken into custody, detention officers perform medical screenings, which she reviews. Certain questions are designed to determine if an individual has a mental health or substance abuse issue.

McLean then looks through the screenings to determine who might need a further conversation and meets with them to go through a more detailed questionnaire. She analyzes where that individual is currently in their mental health needs, and together they design a treatment and transition plan.

As part of that plan, McLean helps individuals set up appointments with treatment providers when they leave custody and follows up with them even after they’ve left the detention center to be sure they kept those meetings.

If someone misses an appointment, McLean identified what the hurdle was—such as not having transportation—and helps that person reschedule. She also works with patients who might need in-patient care, coordinating with facilities to ensure they get the paperwork signed for the help they need.

“We try to connect them to care to try to reduce recidivism and increase the safety of the community,” Rebecca True, center director for Cabarrus County Daymark Recovery Services, said. “Because we know the quicker they link to treatment, probably the better they’ll do and the more successful that individual will be.”

And that is the crux of the issue, McLean said—getting people the help they need so they can make better choices, be better lives and stay out of trouble.

“If they’re not being treated for their mental health, then they sometimes don’t make the proper decisions, and then they end up breaking the law,” she said. “Or they get themselves in bad situations where they end up here in the detention center. Maybe if they were getting resources that they needed, they were getting their medication, seeing the doctor, going to a counselor, doing everything on the mental health side of things, maybe they wouldn’t be put into this bad situation that put them here.”

That first step of making contact with individuals where they’re at remains one of the most crucial to her work. McLean said many of the people she works with don’t know there are any resources out there designed to help them.

“Just getting that first initial information to them is very key,” she said. “Even if, say, they get transferred to another county, they still know, OK, when I get back home I know who I need to get in contact with. So that’s a big thing.”

Going forward, McLean said she hopes to expand the program further to give people even more direct access to a variety of services, from human resources to Medicaid.

“I can connect them to resources, but actually sit down and help filling out applications for disability and Medicaid and things, it’d be nice to see it grow into that to where we have someone on staff who could help them with that so it’s established before they leave so they won’t have to worry about the money aspect of things when they leave,” she said.